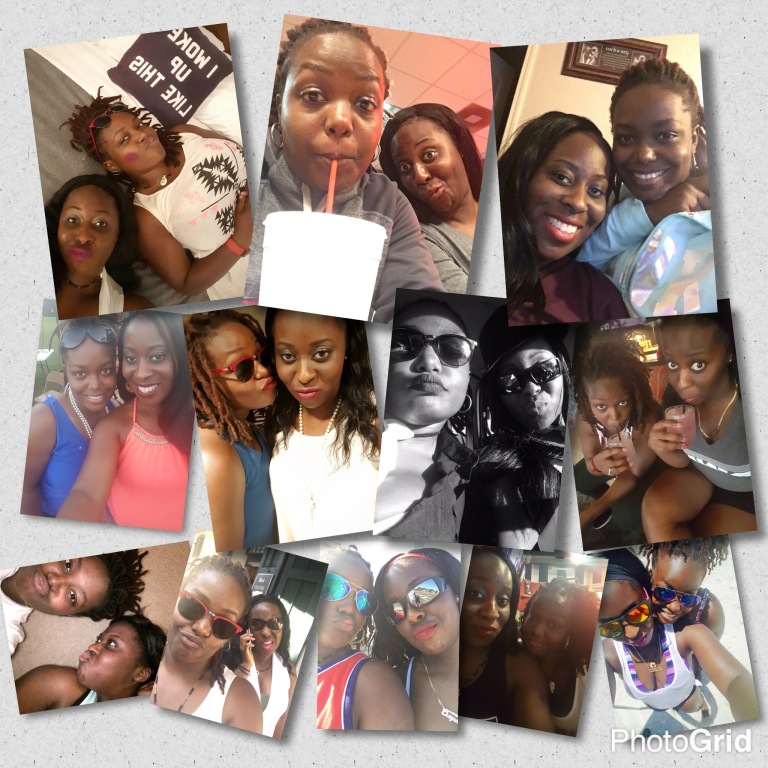 I’ve grown to understand that best friends, REAL best friends, are pretty hard to come by.  With that being said, I’m confident that my best friend is possibly the best “best friend” in the world, and I dare anyone to challenge me on it.  Some people say they never thought they would be this close to a person, but I never thought that.  I always knew that me and her would always be close; closer than peanut butter and jelly on bread (which is ironic because she’s allergic to peanuts). Nothing and no one could separate us, and I just knew that we would be well into our 90’s still kicking it like we were still 18 years old.

We were all the cliche sayings you could think of; peas in a pod, cheese to macaroni, cooler than the other side of the pillow, all of that.  I remember someone telling us how lucky we were to have been friends for so long, because some people don’t get to have best friends for as long as we have been (again, an ironic moment, because we were in 10th grade and had just gotten into a fight this same day lmao).  Everyone that grew up with us, or went to school with us knows us as a pair; you couldn’t have one without the other and no one, not even us, could imagine the day we wouldn’t be friends anymore.

Until the day we stopped being best friends, back in 2010.

I blame myself.  I don’t think I ever made this clear to her, but I truly blame myself for our friendship ending the way it did.  I feel like I was the main cause of us to growing apart because I didn’t prioritize the best way I should have.  I stopped showing her that she was and always would be my best friend, and that she was important to me, no matter what changes came about in our lives.  Instead, I put entirely too much focus into everything else that was going on in my life at that time and I got comfortable.  I got comfortable thinking she would always be there; that I didn’t have to try hard to keep our friendship going because we had been friends for so long, and that nothing would change that.  That was my mentality and she didn’t deserve that.  I treated her like I put her on the back burner, like she was then an afterthought to my life, and that wasn’t fair to her. I hate myself for that and regret it all the time.  If I could go back in time to any part of my life, I would go back to that year and change the entire way I went about certain things.

I learned a big lesson from that experience; because for two years, I was missing a big piece to the puzzle that made me who I was.  At this point in our lives, she was way more than a best friend, she was my sister, my family.  When we “broke up”, I thought I had lost a very special person in my life forever; and I couldn’t blame anyone but myself.

There was so much that happened in the two years we didn’t speak.  I got engaged and planned an entire wedding (which felt completely awkward without her there); she graduated shortly after we stopped talking and joined the military which was something I never thought she would do, lol.  We gained new friends, we grew up, led totally different lives.  I would Facebook stalk her on a regular (my sister probably still hates me for it), just to see how she was doing, and I could tell she was happy.  She was doing well, and I was thoroughly proud of her for everything she accomplished.  I never knew how to tell her, because pride wouldn’t let me be vulnerable enough to reach out and say “hey, I know we hate each other, but I am so happy for you!”.  I would often wonder if she was just as sad about us not being friends as I was.  I couldn’t tell, but I remember thinking a dreadful thought; that as we continued to grown into our separate lifestyles, our paths would never cross again.

In June 2012 (I wish I remembered the date smh),  I received a text from her.  I thought it was a joke, because by this time, I had gotten “ok” with the idea that maybe we were just friends for a season and that this was how it was going to be.  I can’t remember what the text said exactly, and truth be told, I didn’t care what it said.  That moment, when I saw she reached out to me, I felt like there was hope after all!  Maybe I hadn’t lost my sister despite what we had been through.  She doesn’t know this, but I cried that day she text me.  I was so happy that she had contacted me, and the more we started talking, I felt like I had a second chance to right my wrong.

It was a slow start at first, and very awkward (at least for me), because it’s almost as if you’re starting over.  We had so much history behind us, but it felt like we still had to get to know each other all over again.  So much had happened in our lives, and we had a lot of catching up to do.  It wasn’t sudden, but we slowly and surely began to find our way back to how we once were and it felt great!

Lets fast forward to the present:  we’ve definitely made up for the two years we’ve lost; and what’s best about it, is you would think we never lost touch with each other.  I talk to her pretty regularly (about what we tend to call the shambles of our adult lives lmao), we FaceTime at least once a week, and in 2016, we managed to see each other at least once a month because we live so far away.  She’s far more amazing than words can describe; she’s the bestie that I always dreamed of having.

Finding our way back to each other was probably one of my greatest gifts in life, because I always wanted that one person who had a person; that best friend who knows you backwards and forwards, someone who knew dirty little secrets that only they could swear never to tell, someone to do hoodrat things with because your best friend is the one person you can be a hoodrat with and no one will judge.  I have all of that and more in her. #GoBestFriend !!

This past year we’ve done so many awesome things together; visited another state, dressed up for Halloween, went to the beach more times than I can count, fell in love with Starbucks (she takes full credit for that, lol), and just been there for each other through all of these adulting struggles in life.  She’s more than everything I would want in a best friend, which is why she’s more like my sister.

Here’s to us finding our way back to each other, and never looking back again. ❤️

This site uses Akismet to reduce spam. Learn how your comment data is processed.